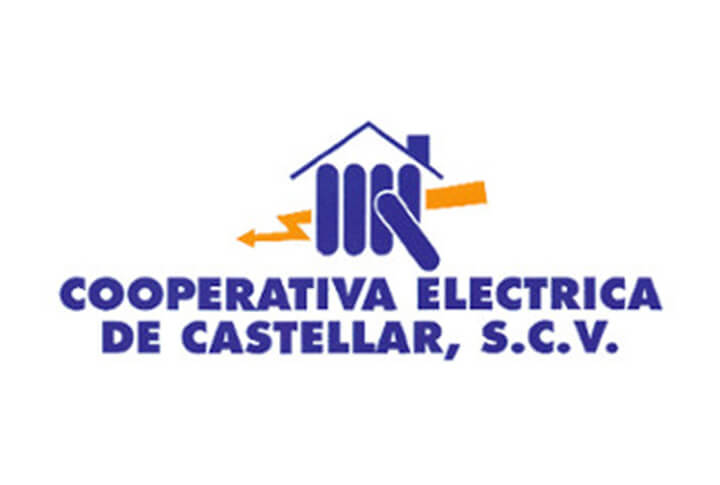 ABOUT THE COOPERATIVE: Nowadays the Cooperativa Eléctrica de Castellar, without renouncing its founding principles, is a modern electric power commercialization company that offers a service of the best quality and at the lowest price to all its members and subscribers, thanks to a policy of constant investments and improvements in its facilities and of adaptation to technological and social advances. The Cooperativa Eléctrica de Castellar, through a company owned one hundred percent by the entity, distributes mainly to the districts of Castellar-Oliveral and Horno de Alcedo.

In 2002, the new Social Headquarters on Calle Aurora No. 34 was inaugurated, in which are the offices of attention to the public and the warehouses, the assembly hall, the exhibition hall and the library open to the public of our district . By having these new facilities, the Cooperative, within its Social Work, has started a series of cultural activities for the enjoyment of all the residents of its area of ​​activity.

This website uses cookies to improve your experience while you navigate through the website. Out of these, the cookies that are categorized as necessary are stored on your browser as they are essential for the working of basic functionalities of the website. We also use third-party cookies that help us analyze and understand how you use this website. These cookies will be stored in your browser only with your consent. You also have the option to opt-out of these cookies. But opting out of some of these cookies may affect your browsing experience.
Necessary Always Enabled
Necessary cookies are absolutely essential for the website to function properly. This category only includes cookies that ensures basic functionalities and security features of the website. These cookies do not store any personal information.
Non-necessary
Any cookies that may not be particularly necessary for the website to function and is used specifically to collect user personal data via analytics, ads, other embedded contents are termed as non-necessary cookies. It is mandatory to procure user consent prior to running these cookies on your website.
SAVE & ACCEPT