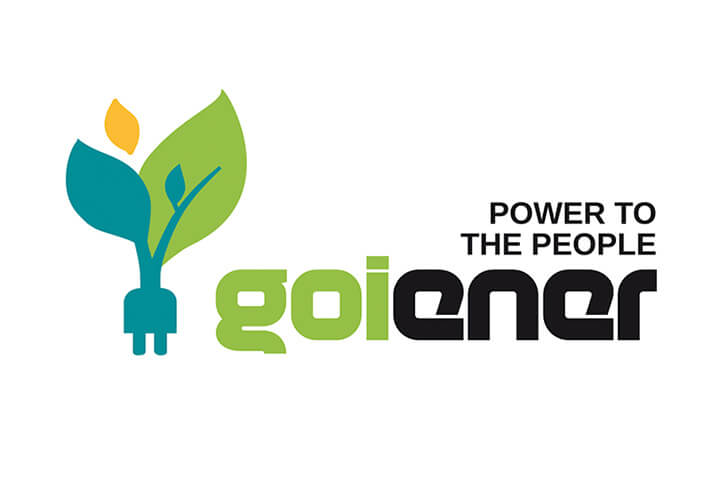 ABOUT THE COOPERATIVE: GoiEner is a cooperative project for the generation and consumption of renewable energy with which we want to recover energy sovereignty.

Energy, and electricity in particular, has now become a basic good in our society, almost as basic as food or water. GoiEner wants citizens to regain control over this type of basic good and become aware of its importance, promoting responsible and sustainable energy consumption.

Being a non-profit cooperative, all the benefits that are obtained through the commercialization of electricity (green) among its members, revert back to the cooperative, and the members themselves decide in assembly where to allocate those benefits. In turn, members may invest in renewable generation projects whose production will be consumed by the cooperative itself. The ultimate goal will be that the amount of energy generated by the cooperative is equivalent to the amount of energy consumed by its members. All this through renewable energy and with the most rational and efficient consumption possible.

GoiEner understands cooperatives as local entities that promote an economy close to their environment. That is why, although it can market on a peninsular level, it will focus preferably on Southern Basque Country, although it will help promote local cooperatives throughout the state.